“Eddie was a great help. He invested and we teamed together. It turned out to be one of the best decisions I had ever made.” 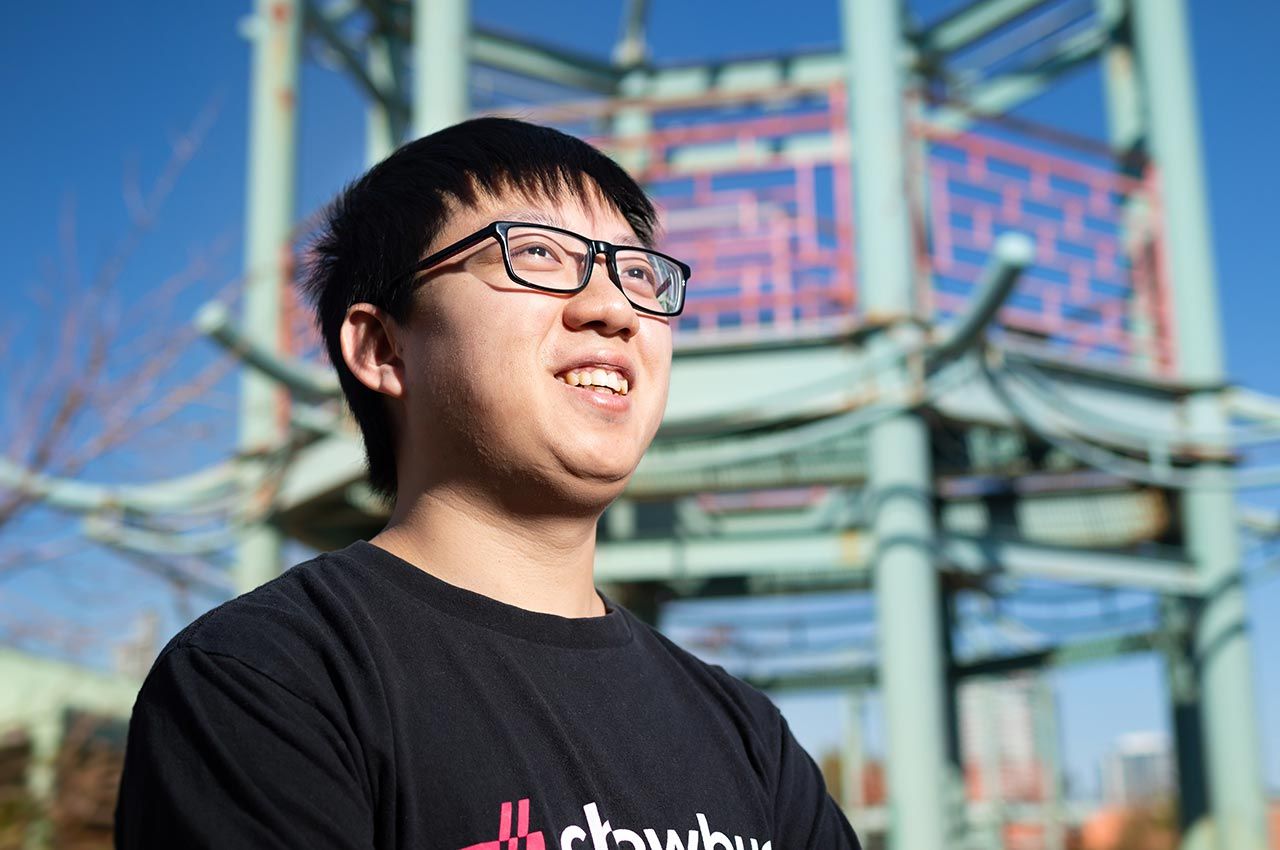 When Eddie and Linxin met, Chowbus had only six people. This is the evolution of their partnership.

It's all about finding the right partner and mentor. The business always comes down to the people. You can always pivot the business, but if you don't have the right team or the right partner, it's very likely to fail. Eddie was critical in helping us land our seed round.

When you have a team of 60, you know everybody. However, when you’re in a period of remote work and you have a team of 200+, it becomes much more difficult to build a sense of community. Despite the obstacles, Linxin’s leadership style is incredibly impressive. He empowers his people, which is where I'm learning from him as well. 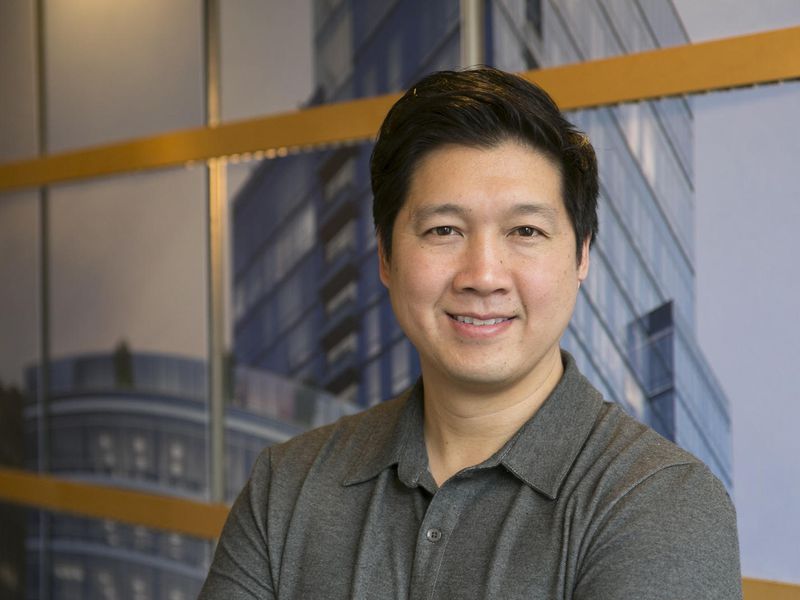 When we met, I knew Eddie was a very successful entrepreneur. He was super connected in the tech community, especially in Chicago. Before that, we were bootstrapping, and I thought if we really wanted to grow the company, we needed to raise money.

Eddie is very good at that. He introduced us to an angel investor first, and then VCs. He really helped us with everything from introductions to negotiations, to legal work, and even how to structure the round. He just has a ton of experience, and that really helped, especially as a first-time founder.

When I first stopped by their office they had maybe had 11 - 12 people, all working really hard. I saw a product demo, the team effort, and the amount of progress they had made.

‍From my perspective, it seemed like two super scrappy founders that were mission driven. It happened to be a mission that I cared about also — Great Asian food.

There have been so many challenges every day. For example, raising money took a very long time and it was a really grueling process. You pitch to an investor and sometimes there are people who just don't believe you. There are so many challenges in running a business, and it can be exhausting.

You pitch to an investor and sometimes there are people who just don't believe you. There are so many challenges in running a business, and it can be exhausting.

When I got involved, we'd already been in Chicago for 18 months. The first market that we opened was in San Francisco/San Jose, and we didn't have the right people. Quickly, we realized it didn't ramp up and decided to shut it down. We learned a lesson on the value of hiring the right people and talent.

If you're doing this alone, it's just so depressing. It’s so stressful. It's always good to have a partner you can call and express your concerns and worries to. Eddie has been that for me.

When it started three years ago, it was very much a 'can you help us raise a seed round of finance so we can grow?' While we raised a couple of rounds, we also built trust and a relationship. Over time the conversation has ranged from financing to helping upgrade the talent around the team, to how to deliver a message to the board.

‍While I may have written a check, Linxen knows that I am here to share guidance in times of need and also celebrate the wins. We probably talk at least twice a week on any kind of matter, but we have pretty frequent cadence.

Eddie is not a VC, but more like a friend and an investor. He's like a close board member or friend. Sometimes you have a personal thing you don't want to bother all your investors with, but you can talk to Eddie. Also, he was our first check, so that's very different.

Eddie and I have discussed everything together. For example, should we open up in a small college town, should we hire someone, should we expand to Canada and Australia. Just so many things.

‍Eddie gives me perspective. You really appreciate someone who is very transparent and direct so you can get all kinds of perspectives and information to help you to make a decision that you believe is right.

Depending on different stages from early stages to venture to growth round, which now I've seen Linxen operate. Your resources are your time, and your talent's time, because you can only do so much stuff. So oftentimes, Linxin and so many founders, have an 'I want to do everything' mentality and have this big vision — but if you're not careful, you might dilute your resources. So where are you going to get the best ROI on your time, and your investors’ dollars.

I'm not operating day-to-day so I have to trust his judgment, but I can strategically bounce ideas off. For example, is it going to give us the same ROI in Urbana, Champaign vs. New York City. That would be a debate.

Some of it is that entrepreneurs like Linxin have big ideas and sometimes you need some focus, but at the end of the day, the entrepreneur/founder has to make the decision because he/she has to live with that decision. I give perspectives to try to keep a little bit of focus, but that's my perspective. That doesn't mean I'm necessarily right. In fact, usually, I'm probably wrong.

It changes your life, literally. As a first entrepreneur, you just don't know what you don't know. Especially for immigrants like me, where I'm not a native English speaker. I didn't have any connections and I didn't have any money — we boot-strapped the business.

‍When I met Eddie, it just opened up a whole new window — a different world. For an entrepreneur like me, I'm pretty sure that if I sent out 100 cold emails, no one would care, but being introduced by someone like Eddie, someone who has credibility, people take a look and see that maybe it's interesting.

‍This gives us have a chance to close the fundraising. Having an advisor and mentor is very important for an entrepreneur.

I think, as a founder of a company, you constantly worry about everything: your customers, your team, and a lot of internal stuff. If it's a venture-backed founder, you need to worry about external stuff too. I think I probably saved a little bit of time through my introductions for Linxin, but I'm sure he could have done it without me.

‍We pulled together an advisory board, and I brought in some people that could be good advisors and mentors to Linxin. One of the advisors actually turned into our COO, and he also brought on a lot of people. The added network probably saved a little time, but Linxin is also very resilient. He most likely could have found all of these people himself, but I just sped up the timeline a bit.

It's very hard to go alone. If I hadn't met Eddie, I'd still be bootstrapping the business, and maybe I'd raise money, but not as soon.

Looking back on building a business — it's all about meeting the right people at the right time. Every different time you meet someone that can help you, it can totally change your life. Eddie was one of those people.

I seek to find exceptional founders that have the grit and determination to continue the climb of building iconic startups.
Thank you! Your submission has been received!
Oops! Something went wrong while submitting the form.